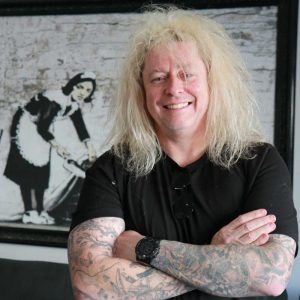 Finbar is an explorer, leader and inventor, who’s passion is connecting with amazing people and helping solve complex problems through the detection of patterns, patterns not typically seen by those who have been indoctrinated through a traditional academic process.

In relation to innovative technologies, he has been granted 12 Patents, relating to media related technologies.

As a musician he has toured globally and recorded and played with members of bands such as Limp Bizkit and the Cure. As a composer he has scored the music to local and international films.